It is 4 years since I last visited the Eat Street Markets. I said that I would be back, but I had no idea that it would take me so long to return. I don’t even know why it took me so long because the markets are extraordinary.

This time we arrived by city cat. City Cat is the Brisbane river transport system with terminals stretching from The University of Queensland at St Lucia to Northshore Hamilton. It was then only a short walk from the Northshore ferry terminal to the markets.

Travelling on the City Cat anywhere on the Brisbane river is an absolute delight, both in the daytime and very special at night when you see the abundance of lights along the river banks and illuminating the many bridges.

The Eat Street Markets have moved location since the last time I visited and it was definitely for the better. They were originally near Portside where the cruise liner terminal is, and now they are further down the river in Northshore Hamilton. 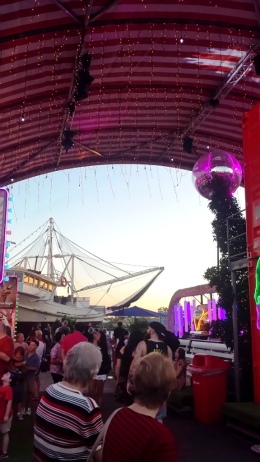 There is nothing like Eat Street Northshore anywhere in the world. It is a special one of a kind experience. Priceless city & river views saturate & surround the 180 dining and entertainment shipping containers that add a blazing coloured landmark to Brisbane.

At soon as you walk through the gates in to the area you are hit with the exciting vibe of the place, with its millions of lights, beautiful stalls, people having fun and amazing aromas coming from the many food stalls.

There were so many choices of places to eat it was hard to decide. We initially walked around the entire area making mental note of what we thought we wanted to try. We stopped at one of the bars by the river and enjoyed a glass of wine and thought about what we would have for dinner. Then it was deciding time which was hard. But we did decide and we enjoyed the dinner. We each chose differently, my choice was Japanese however we all agreed on the same for dessert. Gelato. 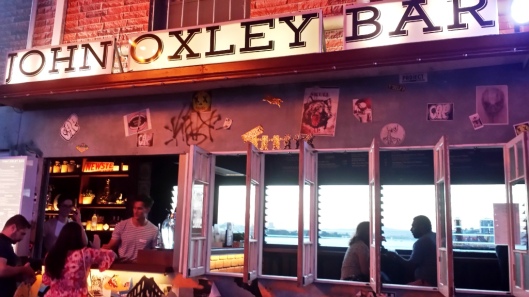 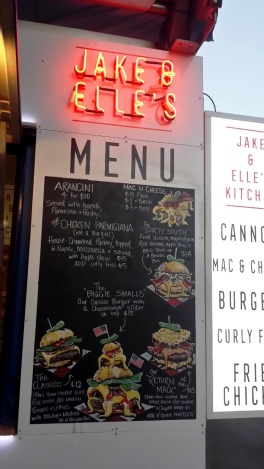 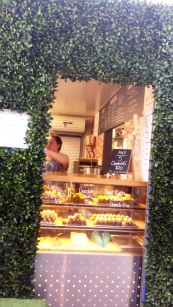 With over 70 vendors creating delicious dishes from all over the world you are sure to find something absolutely scrumptious.

Live entertainment fills the markets; Solo performers and bands are positioned throughout Eat Street so you’re never far from music. After dinner we stopped by several of the entertainment areas and sat in comfy chairs to watch the performances. 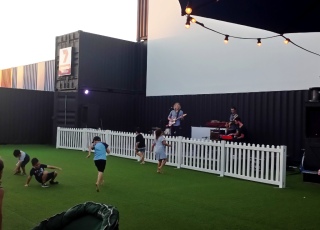 If you live in Brisbane or visiting at any time, stop by for a visit, you won’t be disappointed.

43 thoughts on “A Great Night out at Eat Street Markets – Brisbane.”

Travelling is my joy of living. Sit back relax and come with me.

History, pop culture and art combine in a journal dedicated to the spirit of Japan.

It does not matter how slowly you go so long as you do not stop . - Confucius

Did Someone Say Travelling?
refreshinglyrustic.wordpress.com/

My husband and I love to create, redesign and renovate. We can't wait to share what we love with you!

Exploring my own backyard