About half way between Brisbane and Sydney, positioned on the East Coast of Australia in NSW is the area known as the Mid North Coast. The part of this area that I visit regularly is the Coffs coast, Coffs Harbour.

Over the years, I have walked parts of the Solitary Islands coastal walk many times including Sawtell, Jetty, Park Beach, Macauleys Headland, Diggers, Charlesworth Bay, Korora, Sapphire and Moonee. 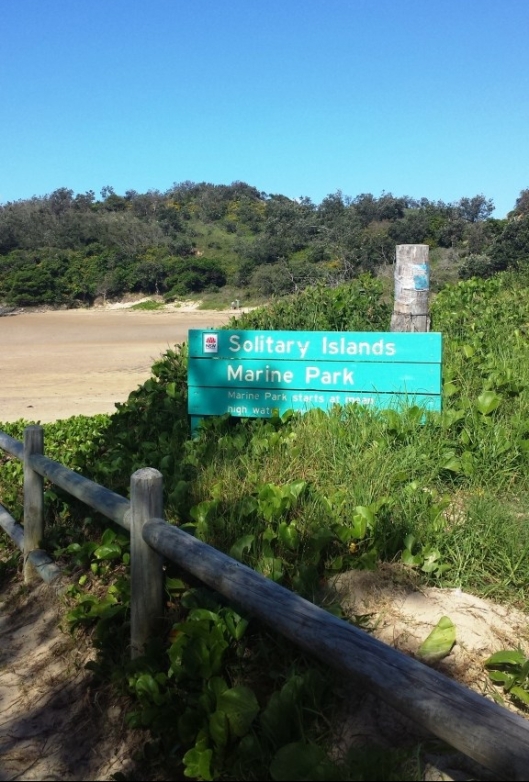 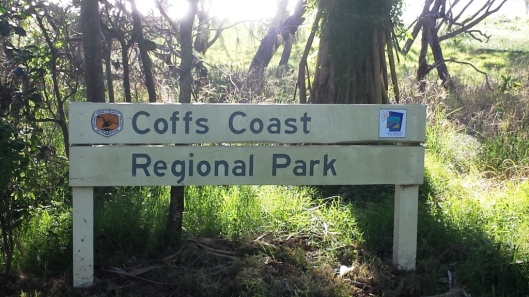 The Solitary Islands coastal walk is a 60km stretch between Sawtell in the south to Red Rock in the northern beaches, linking a string of long golden beaches, rocky headlands and lush rainforest along the Coffs Coast. It is certainly one of the most beautiful walks on the east coast of Australia.

Solitary Islands and Muttonbird Island are picturesque and make for perfect bird watching, so bring your binoculars. Little terns and white bellied eagles are often seen along the shores. Dolphins surf the waves of these beaches all year round and the headlands are ideal for whale watching throughout the winter months.

The tracks are well set out with the walks to various grassy headlands. While some of the tracks are steep in places, they are well maintained and always provide interesting sea and mountain views. 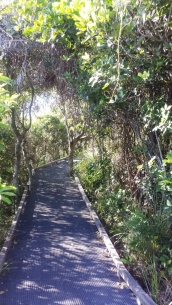 There are kangaroos among the rocks on the beach as well as on the grass on the headland. Along the way there are surfing beaches where you can take amazing pictures of surfers. It is a magical experience. 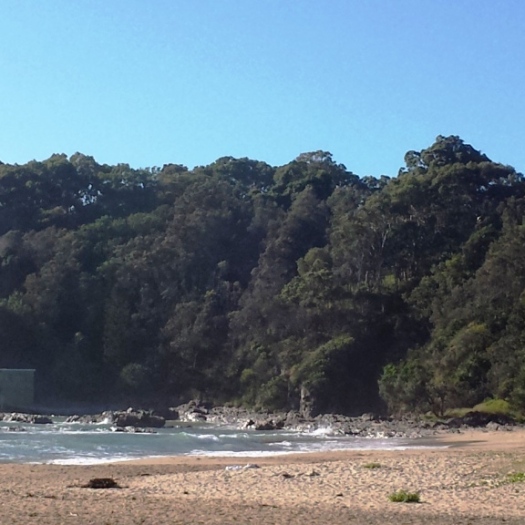 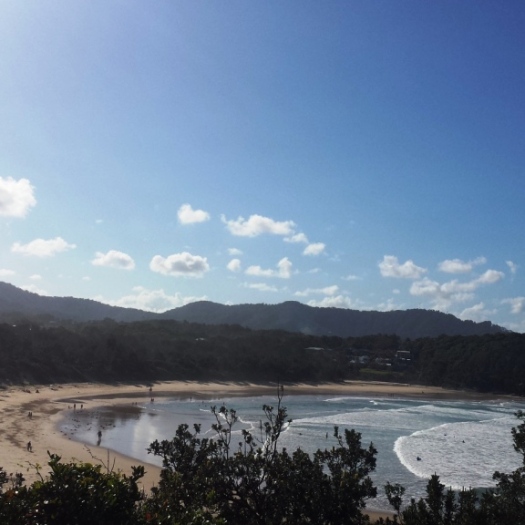 Beaches along the way 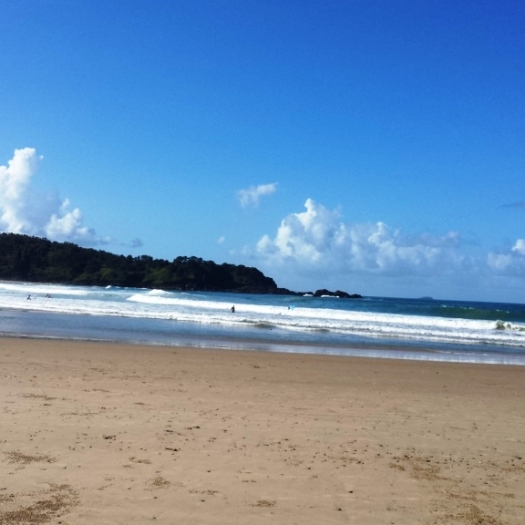 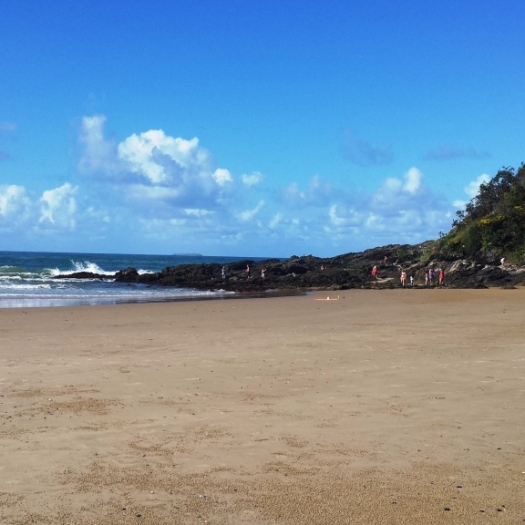 This Coastal Walk is superb and can be done in stages. It is amazingly diverse – with long gorgeous beaches, steep stairs in suburbs, headlands, wildlife & estuaries along the way. Resting after walking at a pristine beach makes it even better 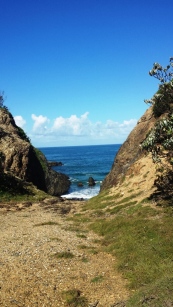 There is plenty of coast line to see with not a lot of bush restricting views. You are also able to get easy access to all the beaches and can then take a swim or just saunter along the sand. 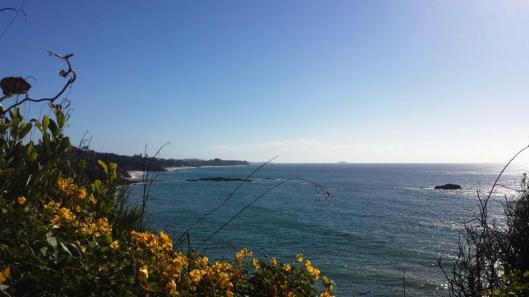 These are some of the prettiest beach coves along the northern NSW coastline, with plenty of lovely coffee spots or picnic locations en route. You can visit lookouts and headlands and join the walk in many different places.

The total distance of the walk is 60 km but you can choose to do as much or as little as you like.

Overall it is a fabulous experience, mostly clearly signposted and comfortable walking. I would definitely recommend it.

The changing face of Charlesworth Bay

Charlesworth Bay has been one of my long time favourite beaches, so I visit this beach every time I am in Coffs Harbour.  I am always fascinated by the changes I see each time. Of course it is Mother Nature doing what she does naturally.

It is a small beach which has a relatively protected north east facing aspect and is only about 500 m in length.

Charlesworth Bay is rarely busy as most people would not know it exists. To access it, there is a beautiful tree canopied avenue leading down to the park and the beach. 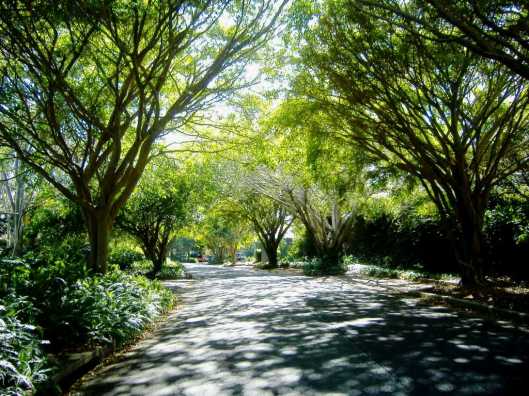 There are picnic areas with free bbqs and facilities including outdoor showers. Often there are RV’s staying there overnight and although that is not permitted I am sure if they are quiet and respect the area no one bothers them. It is a perfect spot to stay over night as it is not far off the hwy, and yet so quiet and secluded. 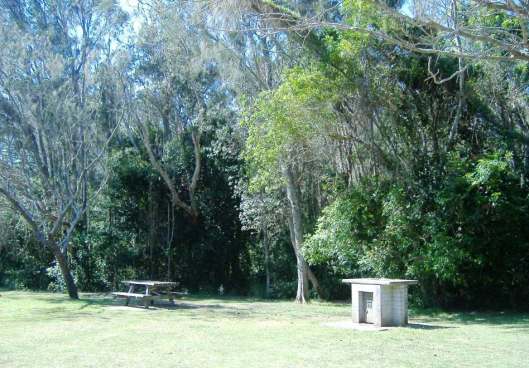 It is a dog friendly beach however dogs must be kept on a leash. Consequently, you often see mostly locals there with their dogs

For swimming there is a section of the beach that has a small surf, good for body surfing or body boards although you will see the occasional surf board.  There is anther small beach up the southern end by the “fisherman’s hut” which is quite private and easy to swim in. And, there are also the beautiful rock pools which are forever changing with the tides and weather. 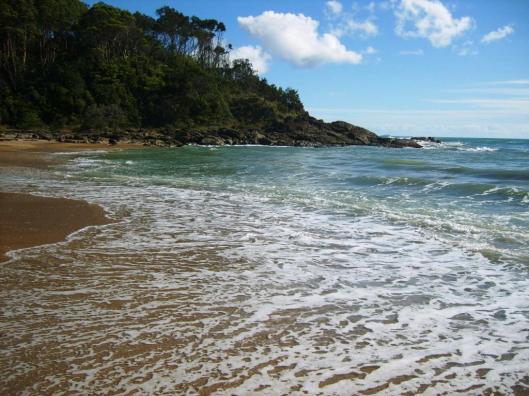 If you are ever in the area, pop in, you will be pleased that you did 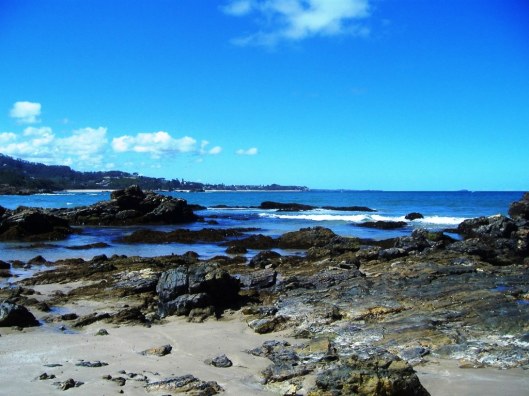 To all of my ‘Travelling with Lyn’ blog friends, I wish you a happy and safe Christmas and a wonderful 2014

Here I am back down in Coffs Harbour on the NSW mid north coast. Yesterday we visited the lovely little township of Glenreagh 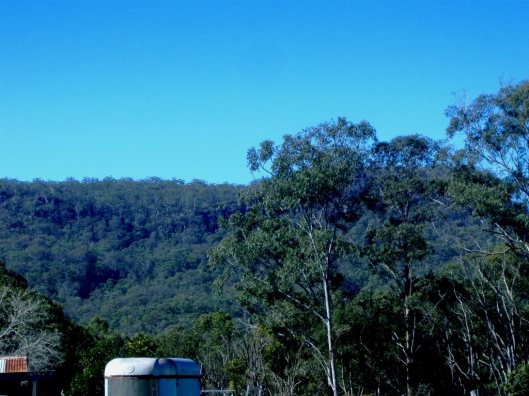 The half hour drive took us through some beautiful countryside until we reached the little town.

Glenreagh the south western gateway to the Clarence Valley, is a half hour drive along the Orara Way from Grafton (in the north) and Coffs Harbour (to the south east), through the picturesque Orara Valley.

We went to the Golden Dog pub for a great lunch. This is the most popular place in the town and it soon showed as it was filling up by lunch time. 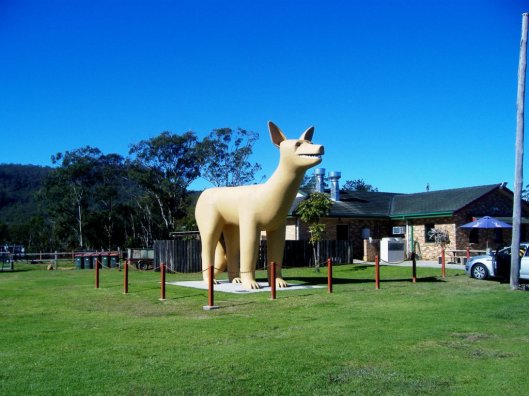 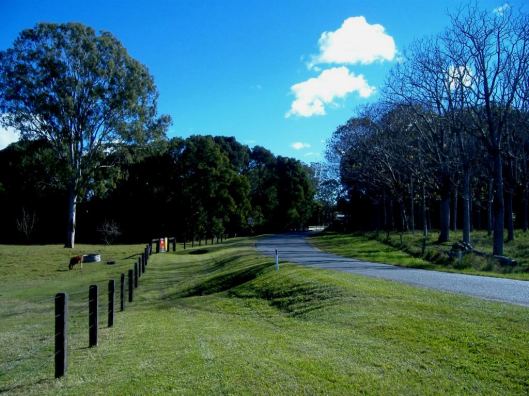 After lunch we headed over to Nana Glen, Russel Crowe “country” where we stopped for coffee and dessert at the Idle Inn cafe.

We did also stop on the way to meet some of the locals.

The the final stop before heading back to Coffs was at the Two Tails winery where we sampled a few of the local wines. They make a wonderful selection including whites, red, bubbles and fortifieds. It was almost like being back in Italy. 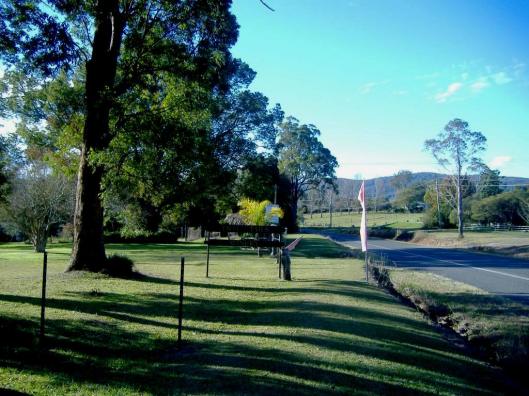 This part of the mid north coast of NSW is just so picturesque and peaceful.

Yes it is that time again, the annual migration to Coffs Harbour for Easter.

We spent time at another lovely beach and park area known as Park Beach.

It is just a couple of kilometres north of the CBD and is where Coffs creek meets the ocean.  It is a very popular area for everyone especially for families.

The water is so clean and crystal clear and safe.  There is lots of park area with picnic areas, tables and seats, free bbqs, running water, toilets and showers. 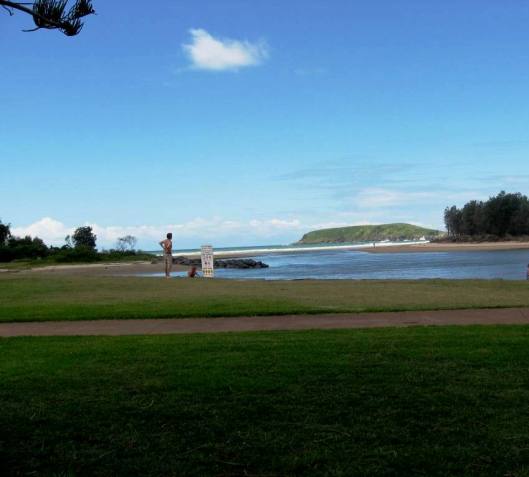 There are cabins that you can stay in close to this beach which makes it a very popular destination particularly for families.  The Coffs Harbour surf club is close by, and offers a fabulous restaurant over looking the beach and ocean.  It is a great spot to sit back and enjoy a great meal,  a cold beer, glass of wine or cup of coffee and watch surfers, or even dolphins in the surf. 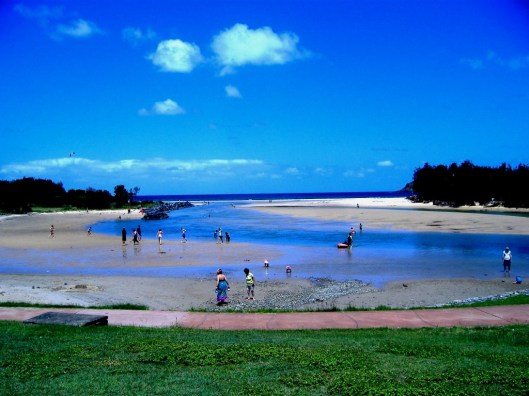 Actually there is a variety of accommodation close by with restaurants and take away shops, hotel and bowls club. There is so much to see and do in Coffs. If you are ever in this neck of the woods, drop by and see for yourself. In the meantime,  I would like to wish you all A Happy Easter. Buona Pasqua

Here I am back in Coffs Harbour as I always spend Christmas with my family.  I am lucky to have such a lovely place to spend my holidays as Coffs is a very popular holiday destination.  It is popular for many good reasons. Geographically it is stunning. The mountains come down to the sea and because it has a temperate climate the vegetation is lush.  Also, Coffs has so much to offer. 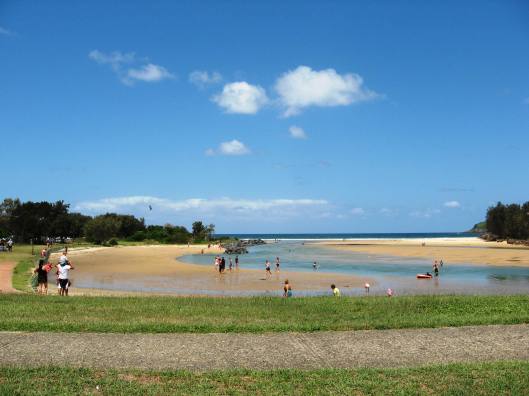 There are dozens of unspoiled beaches, many of them are patrolled by lifeguards during the swimming months.  You can always tell when a beach is patrolled as there are red and yellow flags that are placed in the sand to let you know where you should swim.  The placing of the flags is determined by ocean and wind conditions, so you must swim between these flags as this is where it is safest.

Diggers beach, which is one of the most popular surfing beaches here has just been named one of Australia’s top beaches as it is perfect for surfers, families and children.  Here there are also picnic and free bbq areas plus showers and amenities.

Look out and showers at Diggers Beach 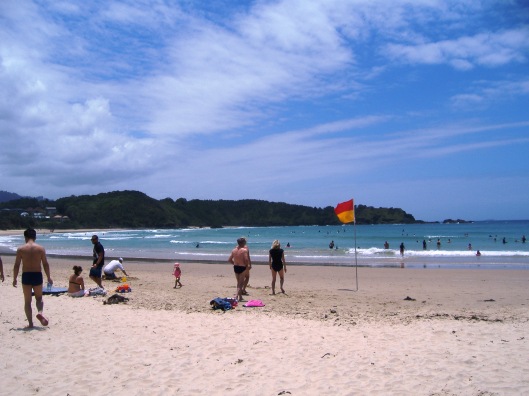 Coffs caters for anyone and everyone. The accommodation here includes; backpackers, caravan parks, camping, holiday flats/apts, motels, hotels ( 1 – 5 star) and resorts  all catering for everyone’s budget.

Some of Australia’s top resorts are located in Coffs and most of them have beach fronts, some have golf courses, most have tennis courts, swimming pools and spas and of course they have their own restaurants.

There is a super selection of restaurants in Coffs ranging from simple take away to silver service. The variety of restaurants covers just about every cuisine.

Coffs is also known for its range of fresh seafood which is mostly caught in local waters by the local fishermen each day or evening.  There is a local fisherman’s co-op where anyone can purchase this fresh seafood. This co-op is located in the area known as Coffs jetty where there are  restaurants, the yacht club, picnic and bbq areas with amenities.  The jetty has always been a popular destination for locals and visitors as it offers so much to do and see.  It is an easy place to wet a line (go fishing) 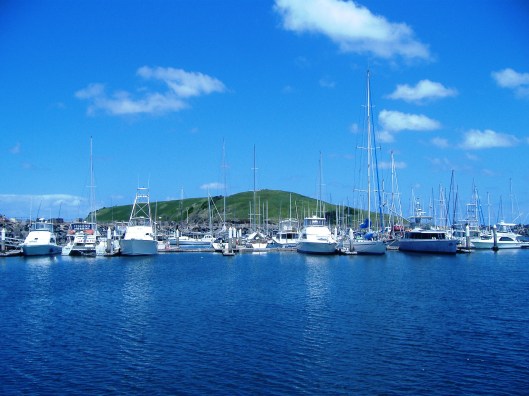 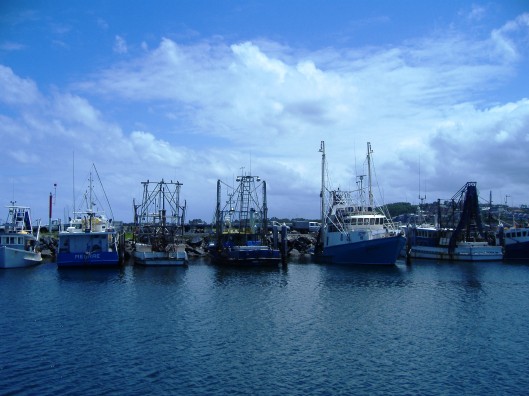 Just across from the jetty area is the Coffs Fisherman’s club which welcomes visitors.  This area, in my opinion, is one of the best pieces of real estate in Coffs Harbour with its panoramic views of the ocean and the mountains.  The food here is usually excellent, mostly seafood, and the prices are affordable.

Looking down on club and headland 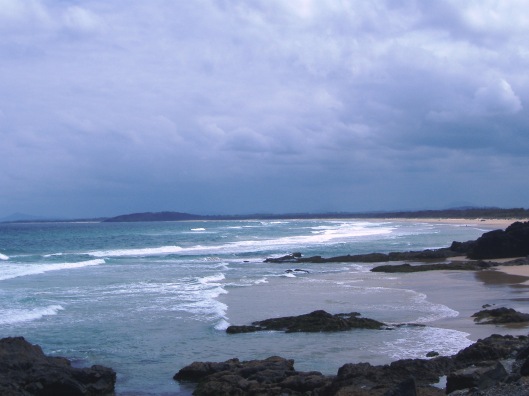 Although Coffs is a top tourist destination it is also known for its banana growing.

Also, there are many talented artists living in Coffs and the surrounding areas so there are often exhibitions of the local art and craft work which are usually available for purchase.

I have friends in Coffs who tell me that living in Coffs is just like being on a permanent holiday.

The thoughts and life of me

Enter at own risk

The Biggest and Only Indian Blog on Italy

Suzanne's Life and Travel Musings from New Zealand and Beyond

A blog about a Scottish woman, who lived in Denmark, and moved to New Zealand