Only about an hour and a half drive from my place in Brisbane and less time from the Gold Coast is the lovely area Cedar Creek, Mt Tamborine.

There are a few wineries in the area but we chose Cedar Creek Winery. We were initially drawn to this place to see the area and of course sample the wine. When I told my friends that the winery serves Devonshire tea, they said, they had never had one. In fact, they had never heard of Devonshire Tea and thought it may be High Tea. However, it is not. Devonshire teas have been around for as long I can remember. While growing up, a special treat with my family on a Sunday afternoon, was to take a drive in the “country” and stop at a country home with tea rooms for Devonshire tea. In those good ole days, Devonshire tea was served with a pot of tea however now days coffee is also very popular. 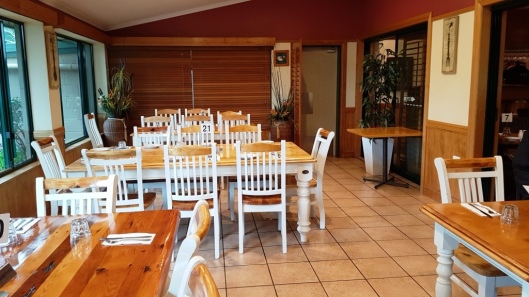 A Devonshire tea is a form of a morning or afternoon light meal, consisting of tea and scones, clotted cream and jam. Traditionally a speciality of Devon and Cornwall, Devonshire teas are offered in tea rooms in those two counties, as well as in other parts of England, and elsewhere in the Commonwealth, which includes here in Australia.

The restaurant with its peaceful and relaxing surroundings is set in a lovely woodland area overlooking the lake with its abundant birdlife. 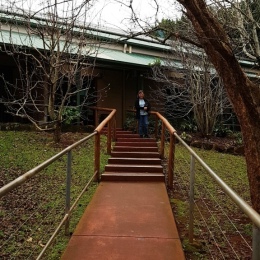 It was a cool wintry day and being as we were up in the mountains there was the winter “look” all around including the beautiful coloured leaves and the bare trees. 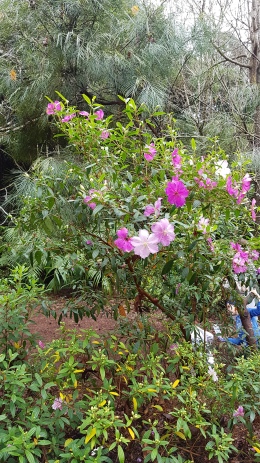 We followed our Devonshire teas with a wine tasting at the Cellar door which is right next door in the same building. We tried several whites, reds and bubble. All were quite nice.

From the cellar door, we ventured upstairs to the Arthur Hamblin Gallery to see a good selection of paintings of diverse Australian scenery.

Then our next stop was the Frogs Hollow which is home to a diverse range of wildlife, with over 23 species of frogs and many species of rainforest insects. We loved the experience, but you need to be patient and look for the frogs. The more effort you put into looking for the frogs and observing them, the more you will get out of the experience. There are a lot more frogs there than you first realise. 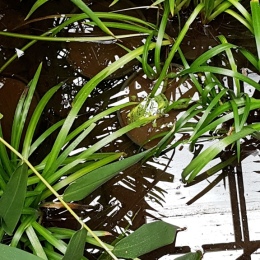 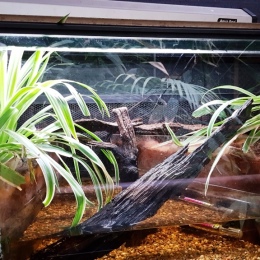 Here at the winery also, they have purpose built Glow Worm caves with guided tours throughout the day. We chose not to take the tour this time and spent extra time exploring this very charming and picturesque setting. 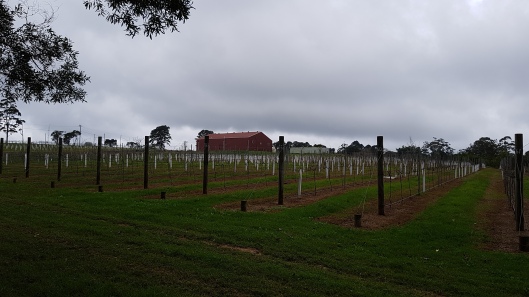 View from the Back

Ramblings of a retiree in France

Artist inspired by my garden, the seasons and a smidgen of make-believe