We took the bullet train from Osaka to Hiroshima. This is such a wonderful way to travel, certainly as good as flying if not better.  Once arriving in Hiroshima our first place to visit was  the Peace Memorial Park.  Our hotel was right by the main train station so it was easy to take the local tram from the station over to the park.

Hiroshima Peace Memorial in the centre of Hiroshima, is dedicated to the legacy of Hiroshima, the first city in the world to suffer a nuclear attack, and,  to the memories of the bomb’s direct and indirect victims.  Visiting Hiroshima is a sobering experience when one considers the devastation that was wrought in August 1945. The fact that the site is now a vibrant city is a credit to the Japanese people. Hiroshima Peace Park is a very tranquil area which provokes thoughts and memories of the devastation caused by the atomic bomb.

In Peace Park you can see various sites related to the atomic bomb. Before the bombing, the area where the park is located today served as the political and commercial centre of the city. That is why this area was chosen for bombing. Four years after the disaster, they decided not to rebuild the buildings, but to turn the area into a peace park; a park in memory of the 70,000 people killed directly by the bombing and tens of thousands of people who were killed the following year as a result of its effects, a total of 160,000 people. Here you will also find one of the only buildings left in the park after the bomb was dropped on the city. The building is now called A-Bomb Dome which is now  on the list of UNESCO World Heritage Sites.

Beautiful and serene, the park definitely has a significant role to play in the hoping for world peace and the abolition of nuclear weapons from the world while reflecting on the history and not repeating it again. It is a wonderful place just to walk around with so many features including the Children’s Memorial, the Cenotaph, the reflecting pool and eternal flame, the Peace Bell that you can ring, the Peace Clock that strikes at 8.15 every morning, signifying the time when the bomb detonated, the Memorial to the bomb victims and many statues and fountains. It is a gorgeous park with the river flowing along one side and the Atomic Dome on the other side that can be reached via the Aioi Bridge. 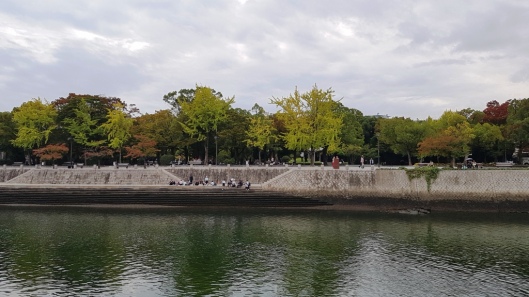 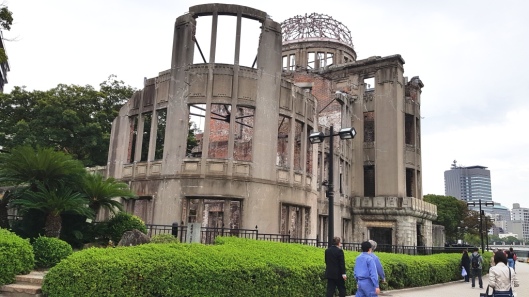 The Japanese people are very determined and the result of the post-war is proof of this. They rebuilt the country on the basis of education and culture. This park in Hiroshima, despite the historical sadness it carries, also brings much to us about the new Japanese era.

The thoughts and life of me

Enter at own risk

The Biggest and Only Indian Blog on Italy

Suzanne's Life and Travel Musings from New Zealand and Beyond

A blog about a Scottish woman, who lived in Denmark, and moved to New Zealand