A fascinating perspective on the ‘city beneath the city’ in this marvelous medieval town of Orvieto.

Entrance to the underground caves

You need to book a tour in your preferred language in advance. This can be done at their office next door to the tourist information office which is opposite the Duomo.  There are only 4 tours per day so reserve early. The English speaking tours were heavily booked. 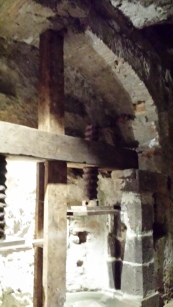 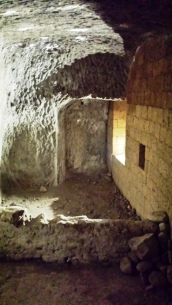 Our tour guide was very knowledgeable about Orvieto’s geology, history, culture and peculiarities, and made the 1 ½ hour tour memorable.  The tour takes you through approximately 15 subterranean caves which were actually “basements” dug by the families who lived above during medieval times. Apparently there’s more than 1200 spread across the city. It’s truly amazing the work these people did with basic tools. As it turns out the constant temperature and humidity are ideal for storing olive oil.

Our guide was excellent ensuring our safety as well as providing in depth information about the early inhabitants and how each civilisation used the caves, up to today where they are used for storage for wine and olive oil. 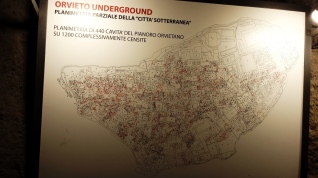 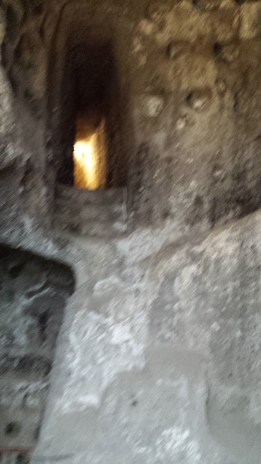 This easy trip with only a few narrow stairways will take you beneath present-day Orvieto and 3,000 years into past history to the first inhabitants, who carved out a maze of underground rooms and passageways. Knowledgeable docents will relate its very interesting story, from the Etruscans up until now 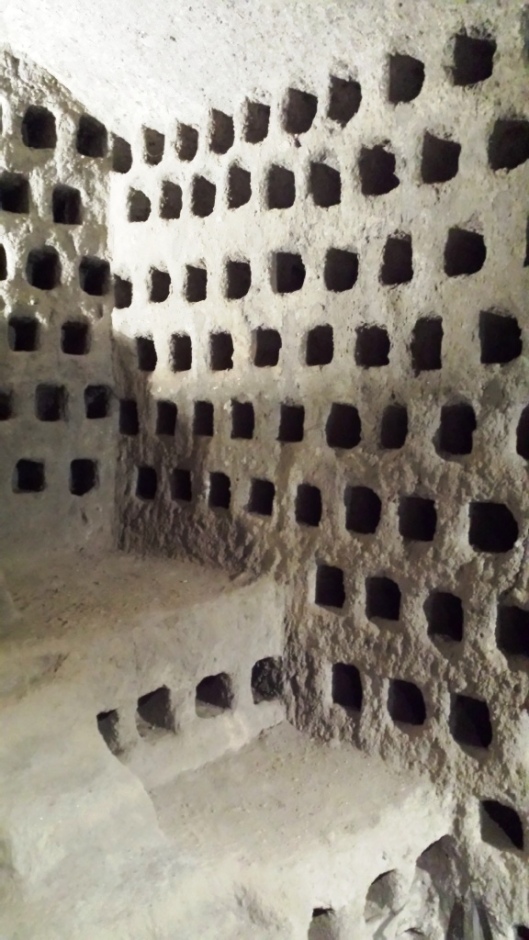 Many of the caves have openings so there are good views of the valley and countryside. Most of the caves include pigeon holes for the pigeons that were encouraged to nest there and produce food for the town. The pigeon rookeries were a strategic source of meat during siege warfare as the birds would fly into the surrounding countryside and forage then return at night. There are no pigeons there now though.