We came to the Volcanoes National Park  in Hilo which is on the Big Island to see the volcano erupting. We knew there was no guarantee that it would be erupting while we are here but we were hoping. It was not erupting however we were not disappointed. Seeing the lava glow at night was so exciting.

On our first evening, we drove from our lodging at the KMC to the Jaggar museum to see the volcano. It was very windy, very cold and very wet however we managed to see the lava glow and we were thrilled. In fact regardless of the weather we were mesmerised by the spectacular light. We were so caught up in the wonder of this incredible natural phenomenon

The lava glow is coming from the Halemaʻumaʻu Crater which is a pit crater located within the much larger summit caldera of Kīlauea.

We took many photos although none of them were great. We returned the next night a little earlier and were delighted to see a beautiful double rainbow but the weather was still a challenge. 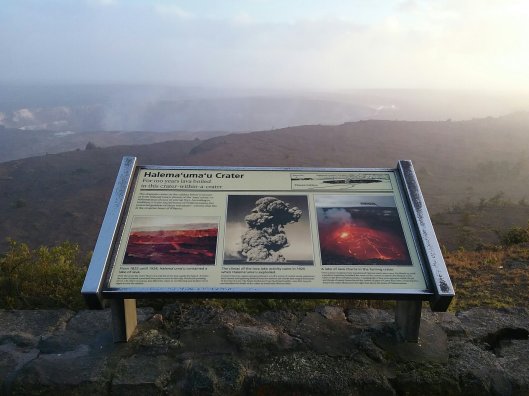 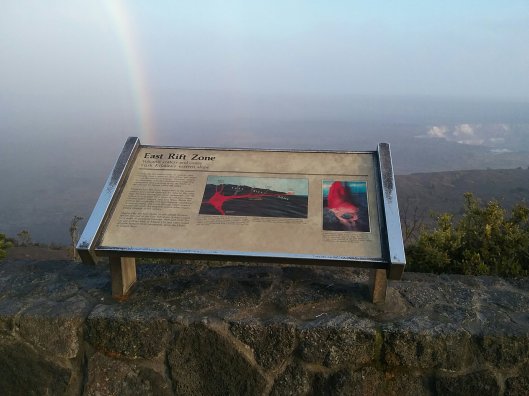 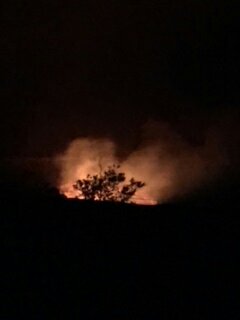 On the 3rd night the weather was great. No wind, no rain and very mild. We could see the crater and the glow so much clearer.  To take great photos of this spectacular sight requires a good camera and preferably a tripod to steady the camera but we made the most of what we had.

The sky above the lava glow taken from the car park

The lava glow in the crater

We were reluctant to leave.  It was magic.